“The heart of my work is a form of wayward abstraction but it’s riddled with signs and images that point in multiple directions.”

Phil King has recently joined Rise Art, bringing his expressive paintings to the platform.  Phil merges elements of the fantastical with the familiar. From graphic motifs, to classical observations, to references to African art, Phil has developed his own unique visual language. Portraits, Landscapes, and impressions of the natural world become stylised, enhanced or covered, and form works of art where the abstract and the figurative interact.

How would you describe your artistic style?

Contradictory. Picasso’s friend Max Jacob said that Picasso approached reality by means of style and I think I’ve struggled with that notion since being a baby artist. There is a style that can be partially identified but it is both individual and generic, it stands alone but joins in. It is broken up but unified. I both fight and embrace it. 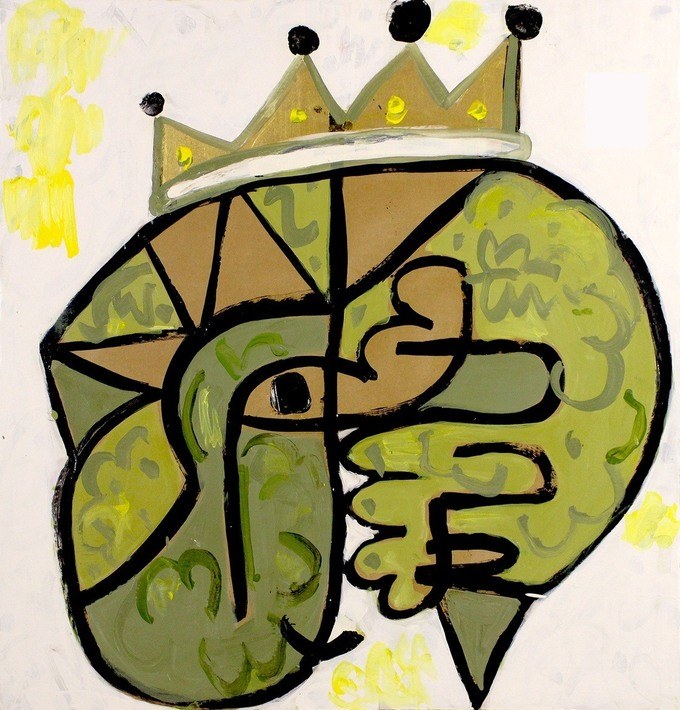 What messages or themes do you want to communicate with your work?

That creativity is both necessary and awkward. If that’s a message. I’m living at the base of big mountains and recently the theme of big mountains has started to insist somewhat. But it is not defining. The heart of my work is a form of wayward abstraction but it’s riddled with signs and images that point in multiple directions, the same with themes. I’ve started painting crowds also. Audiences. There are strong themes and the work looks like it strongly communicates but it also provokes a kind of abstracted creative revelry I hope. Everything is partial. Reveries often peopled by different personages. Each painting accesses a sense of manifold creative life I think. They’re often quite funny. 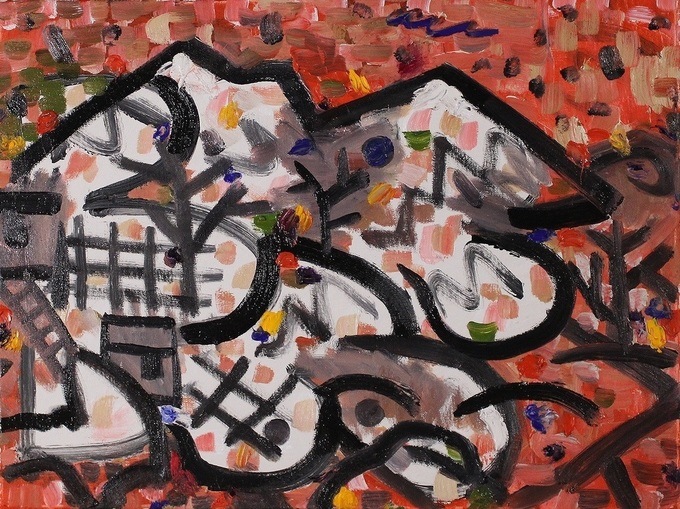 How has your practice evolved over the years? Have you always worked in an abstract style?

I gave up on notions of progress a while back so it’s more a question of involution than evolution for me. That’s the work’s fundamental abstraction I guess. But the work itself joins in and has an odd ability to point things out and part of its motivation to somehow create change means it is critical of the notion of ‘always’ implicit in abstraction. Like I said: contradictory! 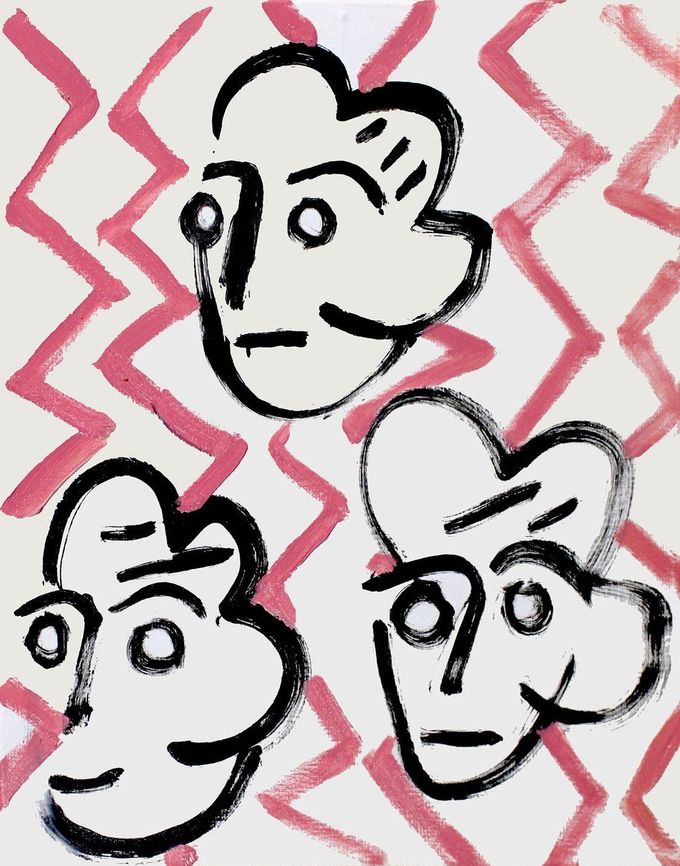 I don’t think that there’s ever an average day in my studio! I tend to work quite unconsciously when I get going so I wouldn’t remember if there was. 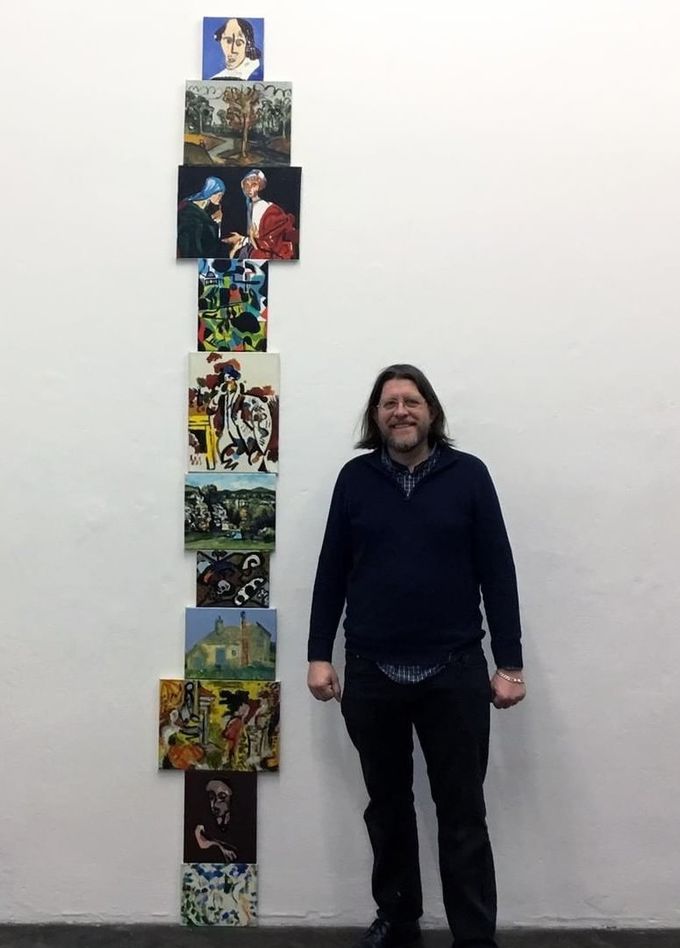 Phil standing next to his artworks in the studio (@philkingpictures)

What/Who are your key influences?

There are obvious ones because I plunge into the calligraphy of high modernism so there would be a generic blend of the usual ‘Modern Art’ suspects —  Picasso, Braque, Klee, Miro, Pollock, Guston, etc — who both people my paintings as stylistic references but also as figural forces that animate and shape my work unbidden. It can all be a kind of ambivalent ancestor worship! The influence of feminism as a contradiction to all that and a fascination with Robert Smithson and Jeff Koons are also key to what I do if hard to access! Gustave Courbet, Pissarro and Impressionism – Paul Cézanne shape the way I see. Clyfford Still, Andy Warhol, Francis Picabia, Marcel Duchamp interrupt it. They’re all in there like cats in a bag arguing with Henri Matisse. In my dreams, I’d be painting like Bridget Riley but I don’t think that’s going to happen now. My mum is a key influence though, she’d probably be appalled! (I grew up with her paintings as she went to Cardiff art school in the 1950s.) Most days I probably think about Peter Kinley who was my tutor at Bath Academy of Art in the 1980s and I can’t get out his paintings out of my head. I’m a big long term fan of the great Milan Kunc. 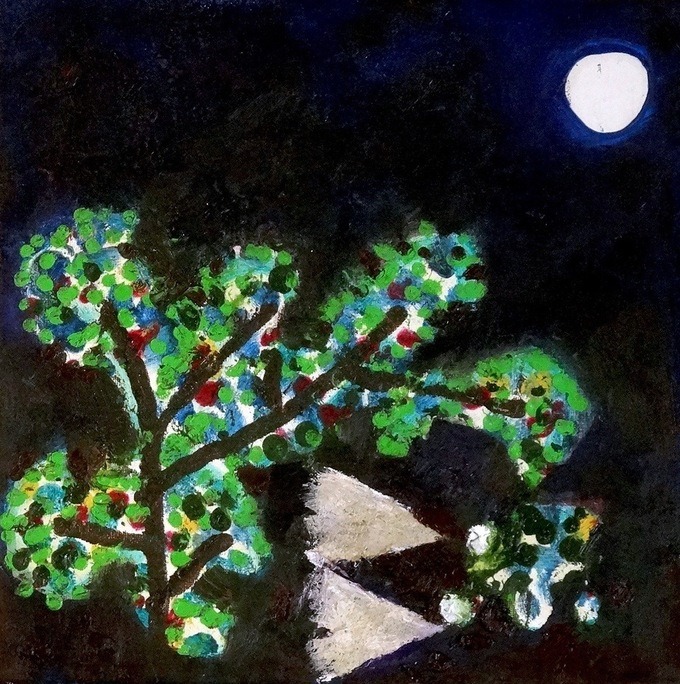 Who are some Rise Art artists with work you’re enjoying at the moment? 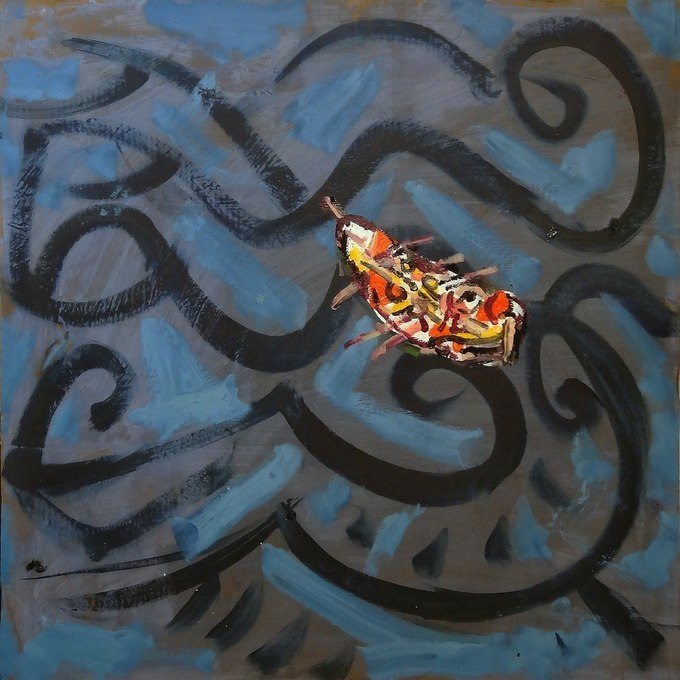 Are you currently working on any exciting new projects?

Thought wise I’m trying to think about painterly memory (I’m back living where I spent my young childhood). I want to show my mountain landscapes as a group in the mountains themselves. Imaginary Pyrenees in the actual Pyrenees… I’m off to Portugal for two months where I’ll have a studio near Lisbon and work with a number of artists from around the world interested in Turps Banana and its drive to help make the world full of better painting. I’m hoping to have a break from painting mountains! Last time I was there I started a big oil paint copy of a Paul Klee used as a carpet design in the 1950s… it then turned into a colourfully diagrammatic old apartment block. So who knows?

Your Life is a Work of Art: Writing Your Annual Review

On the Rise: Artists to Watch